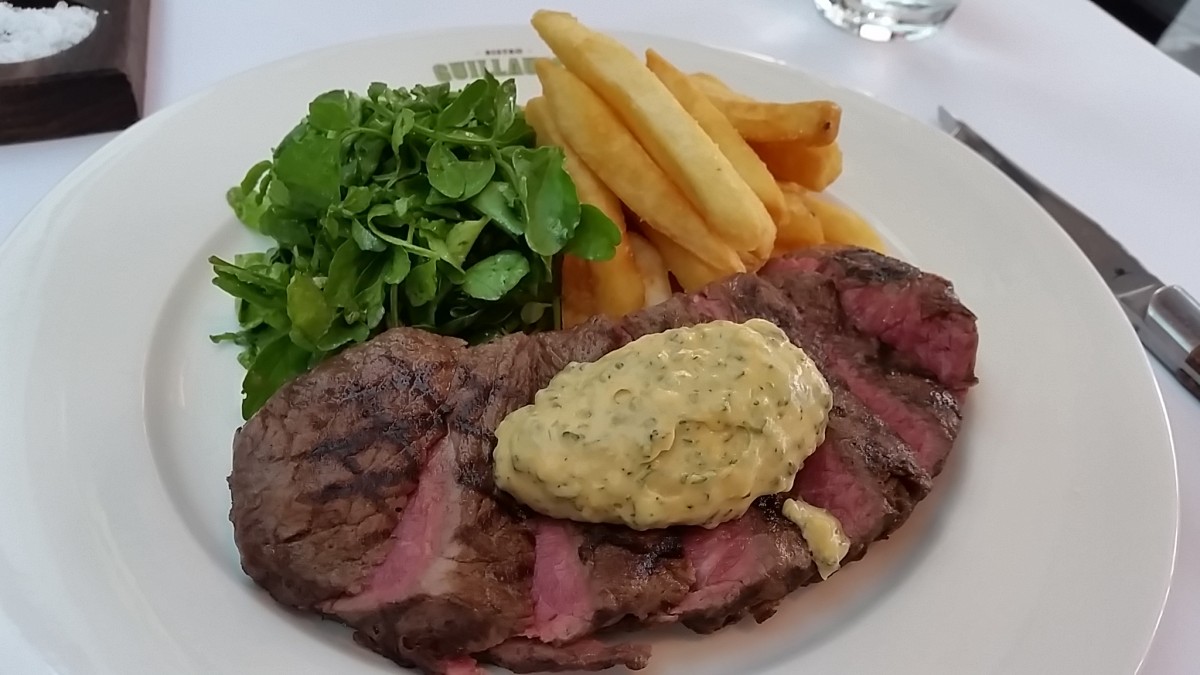 Having just returned from overseas (*hint* travel experiences will be uploaded in the future), I went to Bistro Guillaume with the family to catch up. We had a variety of dishes between us.

For those unfamiliar with Bistro Guillaume, it is a stalwart of the Crown Casino promenade dining strip and has been in its current location since 2009. Guillaume Brahimi is the brains-trust behind the restaurant – he has restaurants around Australia and has also been featured on a number of TV cooking shows (eg, Food Safari France). No doubt he is a busy man, but according to our waitress he does attend Bistro Guillaume and run the kitchen from time to time.

The atmosphere of the restaurant is casual with good décor, a high ceiling and both indoor and outdoor seating areas.

Now onto the food.

I had the crab salad for entrée. This was consisted of layers of avocado, crab meet, cucumber and watercress accompanied by cucumber and capsicum coulis. The crab itself was quite salty and the avocado had started to turn spotty, which may indicate that the dish is not made to order. It wasn’t the ideal start to my meal, but there were more courses to come.

One of my other family members had the octopus salad. I have tried this on a previous occasion and it was very nice. 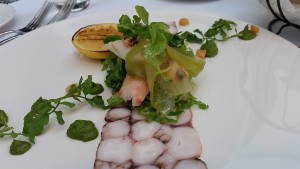 Next up were the mains. The majority of the table opted for the steak frites. They didn’t disappoint. A prime cut of meat with well cooked fries and salad. 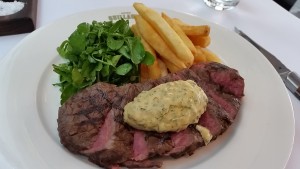 We chose to share a dessert, as the first two courses were quite filling. A reliable favourite of ours is the profiteroles. They are not traditional profiteroles, but rather are a mix of vanilla ice cream sandwiched between pastry, and topped with a chocolate ganache styled sauce. The dessert also includes some tableside theatrics, which can be seen below. 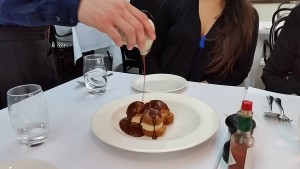 Overall, our trip to Bistro Guillaume was a mixed bag. There was some good, and some not so good. However, overall it is an enjoyable meal out with the family and a good atmosphere to catch up.