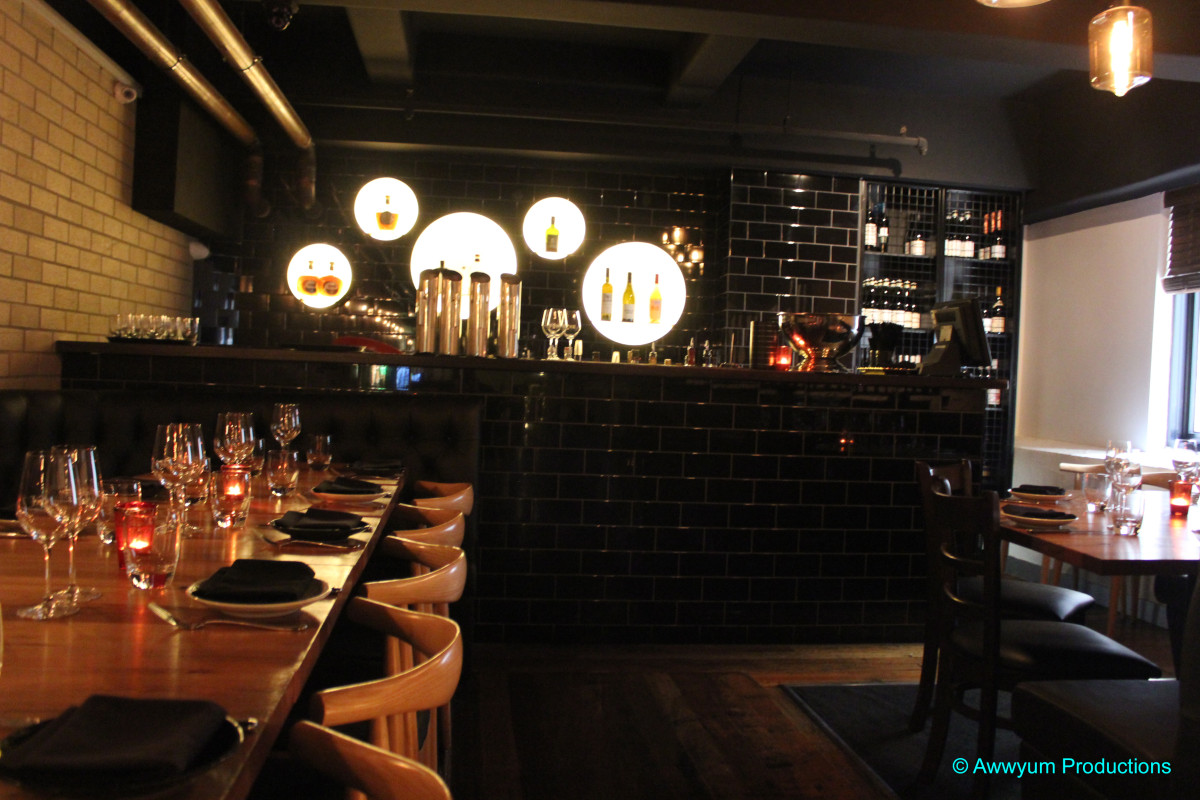 A couple of friends were celebrating their birthdays so it was a good cue to catch up together for dinner. Our friend recommended Sezar and we later found out that she was a semi-regular patron of Sezar (at least 5 – 6 visits). Based on that alone I had good expectations!

Before discussing the food it is worth mentioning the booking process. We booked online via the Flybuys dining website and unfortunately the restaurant did not pick up our booking on their end. No drastic consequences as we were seated in any case – however this could have turned sour quite easily.

Sezar is located in a laneway called Melbourne Place in the heart of the CBD. Like many Melbourne cafes and bars, if you weren’t looking for it particularly, you probably wouldn’t find it! The restaurant’s theme is Armenian inspired food, which appears to be very close to Turkish food in style, with some slight twists. 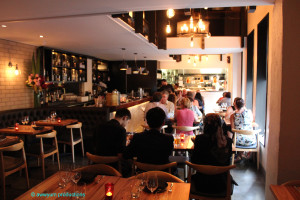 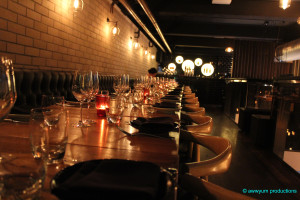 The restaurant has an appealing banquet option, but we chose to go with ordering from the menu. First up for entrée was chicken wings and a grain salad. Both were well presented and quite tasty. The grain salad had a good mix of textures and flavours (eg, crunchy, sweet, etc). 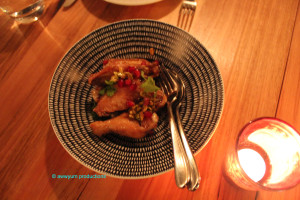 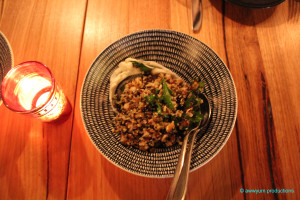 For our main, we ordered the lamb shoulder and were advised that it was the restaurant’s signature dish. It ended up being enough to feed the three of us (including the side dishes of dressed cabbage, chips and sauces that come with the dish)! The lamb itself was a little dry and sauce was essential as we ploughed through it. Not a bad dish, but a slight let down (particularly compared with similar Greek and Turkish restaurants). 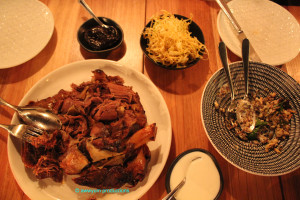 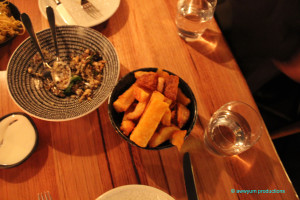 Officially we were too full for dessert, but unofficially were keen to try their take on ‘baklava’, which is toffee/caramel ice cream sandwiched between filo pastry and topped with a caramel sauce and pistachios. Apparently when we pointed to the menu and wanted to order ‘one’ it was interpreted by our waiter as literally a single piece. The usual dessert serving is for two pieces. Nevertheless, they were very accommodating and the dessert was fantastic! 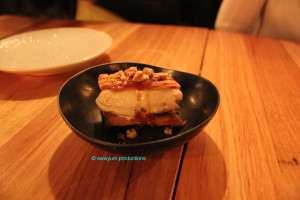 The atmosphere of the restaurant was great. It was almost entirely full, but still felt spacious enough and ambient enough for us to proceed with our birthday catch up!

Overall quality of the food was great (and good service throughout), and although the lamb was a slight let down, the choice of Sezar made it a great evening!