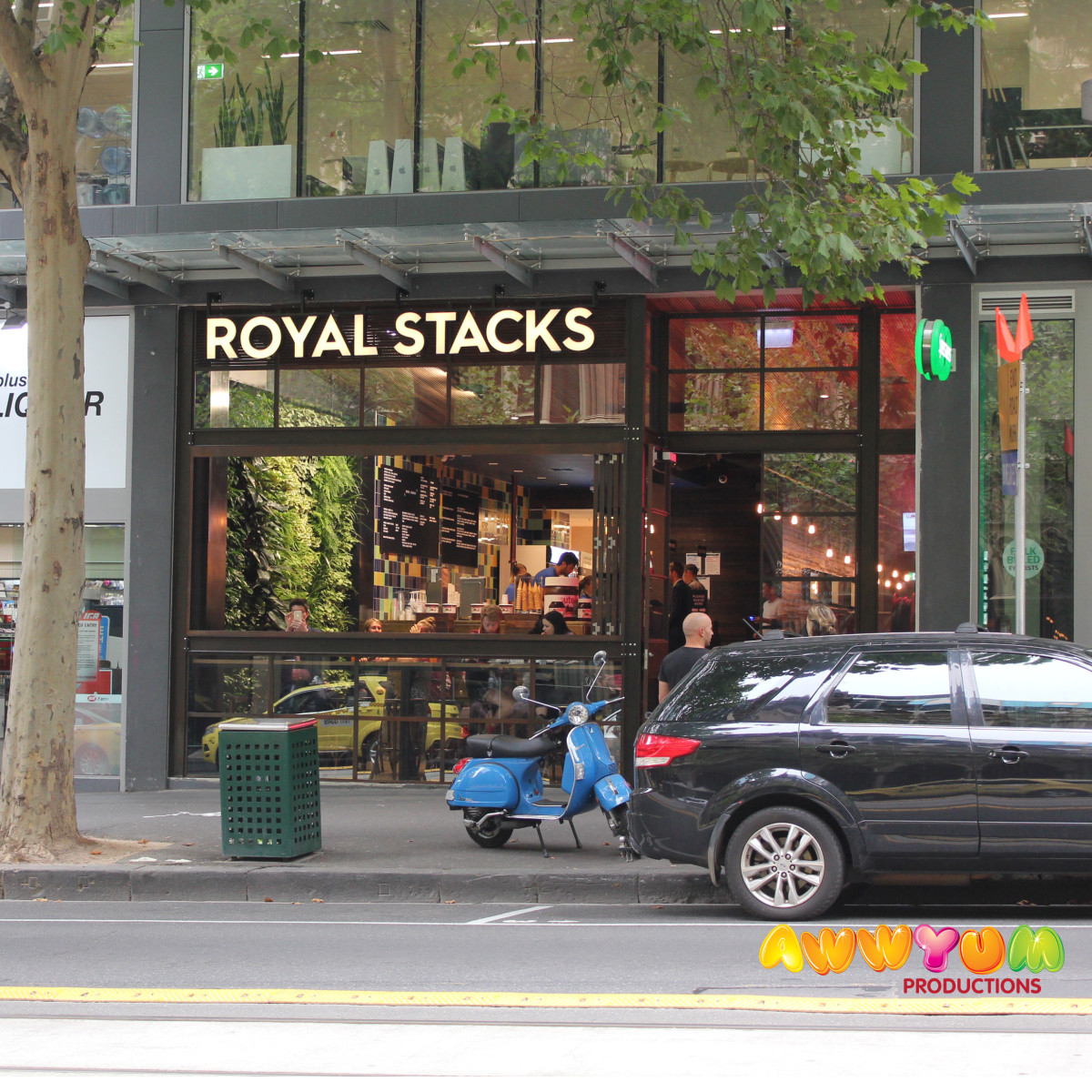 Some friends wanted to grab a bite to eat in Melbourne’s CBD after work. We happily obliged and it was suggested that we go to Royal Stacks.

Royal Stacks is located on Collins Street near the Rialto. It is not the most ‘social’ end of the city, but nevertheless is still served well by office crowds during the day. To my surprise, when I arrived to meet my friends (on a Tuesday night) it was quite busy. It seemed to cater for two distinct groups of people – the afterwork office crowd dressed in either suits or gym clothes (straight from the office/gym); or people starting a night out (more casually dressed).

What’s more in the evening, it sticks out like a sore thumb among offices and daytime food cafes. You can’t miss it! 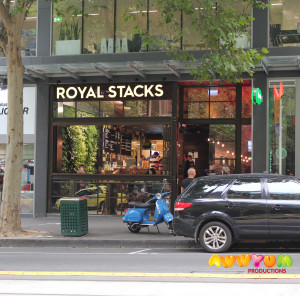 Inside the ordering process is simple. There are large blackboards that display the menu (and there were also paper menus floating around), you line up (similar to McDonalds), place your order at which time you will be given a buzzer, take a seat (no reservations from what I could tell – you could sit anywhere) and then your buzzer will buzz and light up when your order is ready. 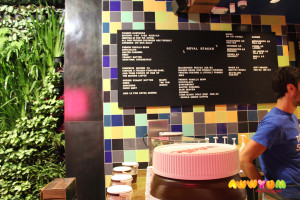 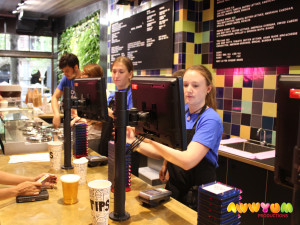 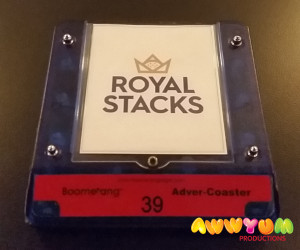 Our table had three people and we were all given separate buzzers, so there was a bit of a frenzy when our food was ready. Eventually we settled and tucked into the food. The writer ordered a burger with a ‘mac n cheese’ patty in addition to the usual suspects of beef, cheese, lettuce tomato, sauce, etc. One of the other diners ordered a double burger which also looked delicious. The menu was quite extensive and included burgers with bacon and chicken, there was definitely something for everyone. There’s also a ‘frozen yoghurt’ menu which may warrant a separate review! 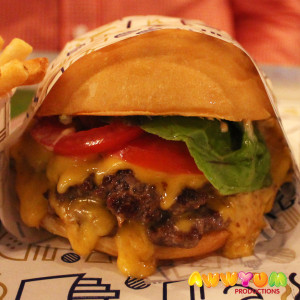 The fries were very good! They were shoestring, but still crispy (not soggy/flat) and had a good flavour, even without any seasoning. There’s the option to get them topped with cheese, which we may try next time. 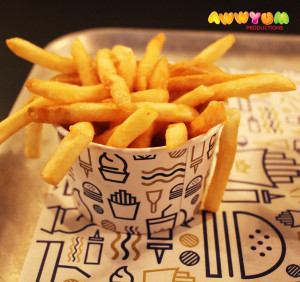 The burger itself was good, but not as good as it looked! I felt that the ‘mac n cheese’ patty was a bit bland, so it made the burger quite heavy! Also, it was hard to taste the meat patty (which didn’t seem that big) in amongst the rest of the burger. That being said, it was still a good burger, all the ingredients seemed fresh, and the sauce(s) were tasty. 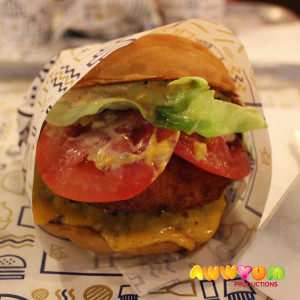 Overall Royal Stacks is a good option for both the ‘after work crowd’ and people warming up for a night out. It’s pretty casual and everything served appears to be made to order. Unfortunately the burger wasn’t one of the best we’ve tasted, but it was still not bad, which should for a good experience at Royal Stacks!