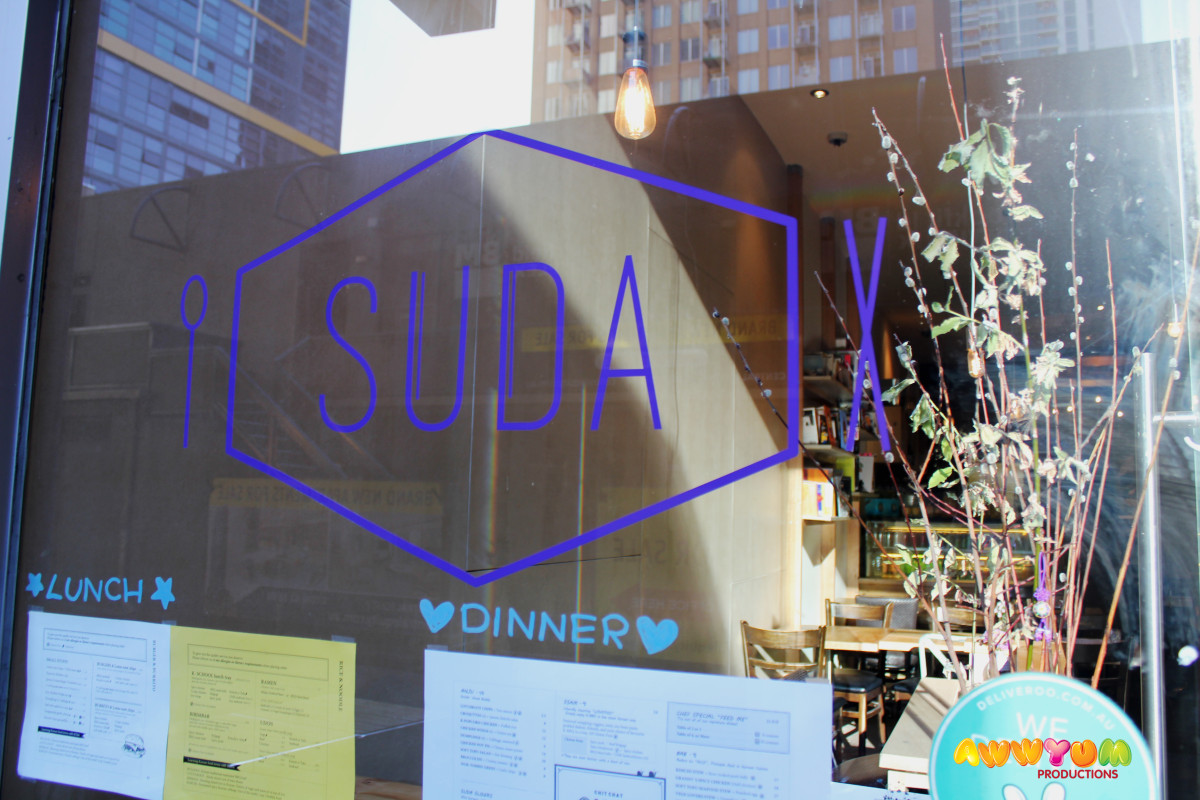 Had a midweek seminar in the city and after that ended decided to grab dinner with a colleague nearby. Healeys Lane is located just off Lonsdale Street in heart of the legal district (think barristers dressed in robes/wigs, and courtrooms!), however it has become a destination for Korean food in Melbourne.

We strolled along Healeys Lane and decided to choose Suda, which seemed a bit more quiet/intimate than some of the rowdy Korean pub-style venues. In hindsight, it was a great choice! 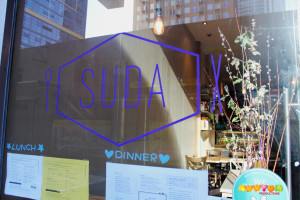 The restaurant is owned/managed by a great host named Alice, while her husband does the cooking at the back of house. The restaurant itself is well decorated and has a very clean modern feel to it. What’s more, a lot of the little trinkets and artwork around the restaurant have been hand-made by staff or friends. Nice touch! 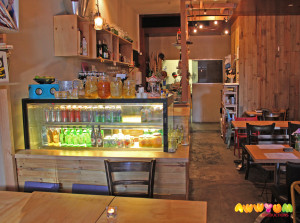 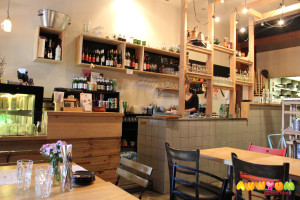 Suda serves what I would describe as a ‘modern Korean’ style cuisine. Korean food has always been synonymous with shared dishes (bulgogi + kimchi soup, anyone?), but Suda serves a number of tapas style dishes, Korean sliders, baps and pasta/ricecake fusion dishes. If you read through the menu, you will be spoiled for choice!

My colleague and I ordered 4 dishes to share. The first two were brought out as entrees, and the other two were a second (main) course. Our entrees were firstly the Korean fried chicken, which was a boneless ‘popcorn’ style chicken glazed in sweet chilli and topped with rice crisps, chilli and spring onions. The dish was delicious and portioned well (usually if ‘fried chicken’ is ordered, there is not room for much else!). 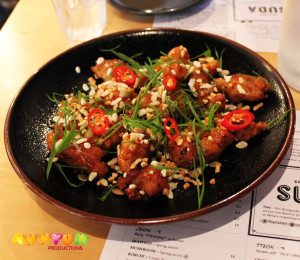 Our second entrée was a mix of stir fried vegetables, which included eggplant, zucchini and broccolini topped with garlic chips and radishes (and more chilli!). The dish was a great balancer to some of the fried food that we ordered, and tasty in its own right!

Onto the mains. Our first main was a Korean seafood pancake. The pancake was crispy on the outside and full of good fresh seafood and other fillings on the inside – so much so that it was ‘chunky’! This pancake was excellent, particularly compared with other Korean pancakes which can be flat and full of flour/dough. 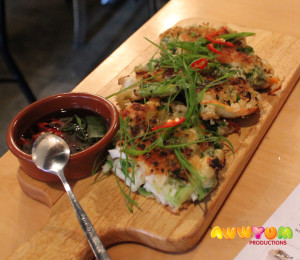 The final dish was probably the riskiest that we ordered off the menu. We ordered a Tteokbokki (Korean rice cakes) which is traditionally served in a Korean chilli sauce, with dumplings, eggs and fishcakes mixed into the dish. However, the Tteokbokki that we ordered was ‘cream and mushroom’. What we received were ricecakes coated in a creamy tomato sauce with mushrooms, topped with the usual chilli/spring onion garnish. The dish was delicious! The sauce was as good as any pasta sauce and it went very well with the ricecakes. 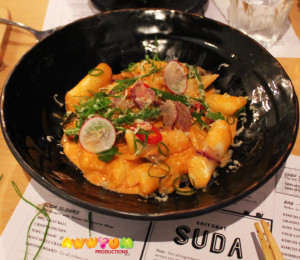 The atmosphere of the place was great, and the service was also attentive all evening. Both Alice and the other waitstaff did a good job throughout the evening.

Overall this was a fantastic experience. My colleague had heard of Suda before, but I just stumbled upon it that evening! I am certainly glad that I did. The dishes were great (really can’t fault any of them), the ambience of the place was nice, and the owner really cares for her customers. What more could a diner ask for?!